Wondering What to Photograph This Weekend?

How about a million shorebirds for starters!

Along the Washington coast we have many species that migrate past our shores both above and below the water. For just 2 to 3 weeks in late April and early May, up to a million shore birds can be found near the town of Grays Harbor on their way to nesting grounds in the arctic. Some of the commonly seen birds include: Killdeer, Black-bellied Plover, Semipalmated Plover, Greater Yellowlegs, Wandering Tattler, Whimbrel, Marbled Godwit, Ruddy Turnstone, Surfbird, Red Knot, Sanderling, Western Sandpiper, Least Sandpiper, Dunlin, Short-billed Dowitcher, and Long-billed Dowitcher.

The birds will take a much needed rest in the mudflats of Bowerman Bay on their long flights from South America all the way up the Pacific Coast until the reach the Arctic where they will nest and prepare for the next generation. Your best chance at seeing the birds comes at high tide when the incoming ocean waters concentrate the birds on just a few points of land where they can still find food and safe harbor. This is a most remarkable region for birding because of its varied habitats: rocky seashore, sandy beaches, large estuaries, rivers, meadows and mountains.

You won’t be alone of course, like the tulip fields of the Skagit Valley which bloom just in front of the migration this phenomena attracts hundreds of bird watchers and nature loves alike. The town of Greys Harbor even sponsors a shore bird festival each year giving you some clue as to when you might want to migrate to the coast yourself. 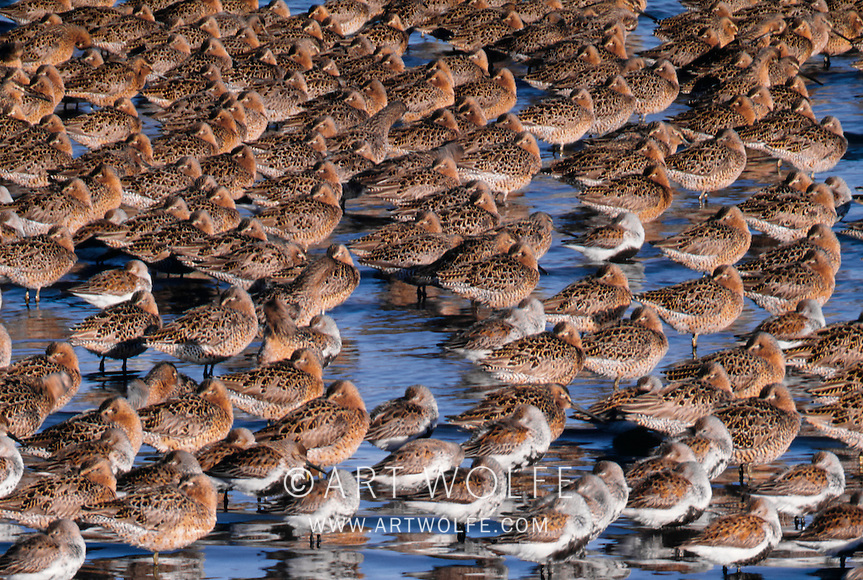 Early May is a great time to catch the migrating shorebirds as they fly up the coast from California, or the Pacific Flyway as it is called. Sanderlings, dunlins, and other assorted shorebirds pause for a couple of weeks at Bowerman Basin in Grays Harbor on the Olympic Peninsula. Boardwalks provide great access. When the tides are high, and there are no exposed mud flats, all the birds are densely packed together. It is quite the spectacle to see a million birds in a tight area. Also, if there happens to be a bird of prey near, they fly around in tight bundles turning in all directions with great precision. It looks like many bodies, but one brain operating them all. It is definitely worth a trip out to the coast if you are in the Pacific Northwest in those two weeks.

The Grays Harbor Shorebird Festival is May 4-6 this year:

The other evening I was enjoying my hot tub, and saw I had a new house mate!  A screech owl has taken up residence in a bird house I hung in a large tree. 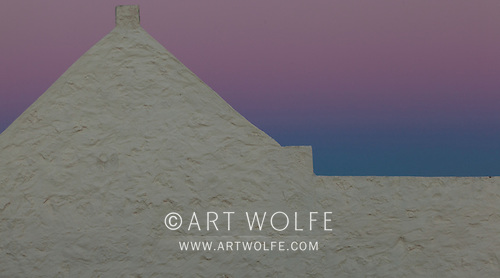 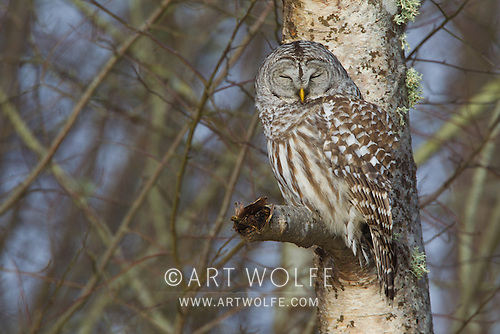 I just finished my weekend workshop called “Composing Effective Images – Field Edition”. I love teaching and inspiring others. In the process of the workshop, I get inspired, too.

I just had to make one more trek up to the George C. Reifel Migratory Bird Sanctuary in British Columbia yesterday.
I know I am indulging a bit with the Snowy Owls, but in all fairness, they are magnificent creatures and this event happens so infrequently, that I just can’t resist.

Thank you to all the students this weekend for your participation, enthusiasm and inspiration. Enjoy this days shooting.

We have found a very few perfectly preserved copies of “The Imagery of Art Wolfe.” Published in 1986 by Arpel Graphics and beautifully printed in France, “The Imagery” features 100 seminal photos in full color as well as a silver embossed cover and endpieces featuring original artwork by Art himself. 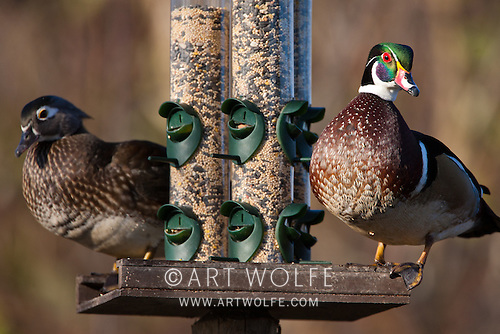 We had a few days of fairly clear weather in the Pacific Northwest, so I decided to head back up to Canada to photograph snowy owls. The light did not disappoint & I was able to get much better shots than I got in December. This large gathering of migrating Snowy Owls happens about every ten years.

Wood Ducks and Sand Hill Cranes are year-round residents of the George C. Reifel Migratory Bird Sanctuary in British Columbia. They can’t help but get my attention when I visit.

In the process of moving our studio office and gallery (more on that to come, so stay tuned), we are unearthing some gems. Among them is The Kingdom: Wildlife in North America.

We now have in stock a very limited number of shrink-wrapped, never-before-sold copies of this long out-of-print title. This out-of-print title is available in our gallery in Seattle, you can call us to order, or >>CLICK HERE. 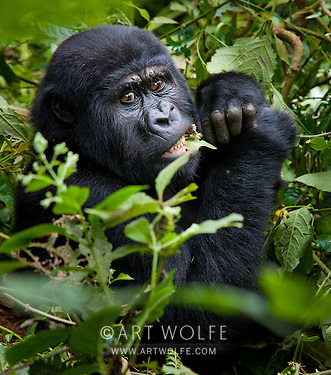