We have joined Washington Wild and 108 organizations, Tribes, and elected officials to urge the Canadian Government to stop Imperial Metals from mining the Skagit River headwaters.

The iconic Skagit River begins in British Columbia, flows down through the North Cascades and Mt. Baker Snoqualmie National Forest, eventually ending in the Puget Sound.

Along the way, the river provides critical habitat for grizzly bears, bull trout, spotted owls, and the largest populations of threatened steelhead and Chinook salmon. The fish, in turn, provide food to Orcas, and are central to many Native communities’ cultures and treaty rights.

Puget sound is right outside my window, and frequently I shoot in the western corridor between BC and Seattle – I’m distinctly aware of the ecosystem in question. Decisions made by our neighbors to the north affect us downstream. Moving forward with mining is a direct threat to one of our state’s most beloved natural resources. #ProtectSkagit!

Click here for a PDF with more information on this proposal. I am thrilled to join some of the world’s most renowned photographers in the new Art for Wildlife Rangers sale hosted by Global Wildlife Conservation and administered by Tusk Trust. Rangers protect 30% of the planet, and are critical to helping us address the twin crises of climate change and species extinctions.

But the pandemic has been devastating for rangers in Africa. Their salaries have drastically been cut and many of them have been furloughed, leaving wildlife and local communities vulnerable and unprotected.

Together with more than twenty leading photographers, I am selling prints to support ranger teams in Africa that have been most severely hit. 100% of proceeds will be contributed to the Ranger Fund to support rangers on the ground, providing a lifeline to their communities as well as iconic wildlife. All print sales will be matched by the Scheinberg Relief Fund to double your generous contribution.

To see more photos and make a purchase, visit: artsy.net/rangers

We are living in some crazy times, aren’t we? My thoughts are with you while we navigate all of this, and I’m heartened by what I’ve seen and heard of communities supporting one and other. How about just a little bit of bright news for the day?

The California Condor was down to just 27 individuals in 1987 due to lead poisoning (eating carrion containing lead shot), habitat loss and poaching. At that point an emergency was declared and every wild individual was captured and put into captive breeding programs in two zoos in California. Chicks were hatched and raised and several years later they began the delicate process of reintroducing them to the wild.

Today there are over 300 individuals in the wild with another 200 in captivity, and in 2019 the 1,000 chick was born in the wild in Zion National Park! This is fantastic news and shows just how powerfully we can impact the survival of species world-wide.

Hang in there, everyone! It’s #GivingTuesday – so it’s a good time to mention the wonderful charitable organizations featured in my recent book, WILD ELEPHANTS: Conservation in the Age of Extinction. Though the book does touch on the troubling plight of elephant populations, we also explore many of the fantastic organizations and individuals who are out there making a difference and providing hope for the future of these animals.

To that end, if you’re feeling charitable this holiday season here is a list of the organizations mentioned in the book. Maybe the nature lover in your life or the person who has everything would appreciate a simple holiday donation in their name? Anything helps!

Today marks the 50th anniversary of the National Wild and Scenic Rivers System. Created by Congress in 1968, (Public Law 90-542; 16 U.S.C. 1271 et seq.), it aims to preserve certain rivers with outstanding natural, cultural, and recreational values in a free-flowing condition for the enjoyment of present and future generations. The Wild and Scenic Rivers Act safeguards the special character of these rivers, while also recognizing the potential for their appropriate use and development. It encourages river management that crosses political boundaries and promotes public participation in developing goals for river protection.

For more information including how to locate a local protected river, check out the National Parks page on the Wild & Scenic Rivers Act.

World Wetlands Day is celebrated internationally each year on February 2nd. It marks the anniversary of the signing of the Convention on Wetlands of International Importance in Ramsar, Iran, on 2 February 1971. This year’s theme is “wetlands for a sustainable urban future” – recognizing the impact and importance of wetlands to cities. As population is booming, wetlands that provide drinking water, counteract flooding, and filter waste are dwindling. World Wetlands Day 2018 serves to highlight the importance of this symbiotic relationship between population centers and the very ecosystem that makes them a liveable environment. Click here more information on World Wetlands Day.

Conservation Activism – What YOU Can Do! Over the past couple weeks many people have contacted me about what we, as a community of nature enthusiasts, can do to #Resist. Loosening of environmental regulations and the de-funding of the National Parks Service are just a couple of reasons that concerned citizens are interested in the creation of materials such as cards, info packets, and brochures to get the word out about the natural heritage we could lose.

For decades I have been working with environmental organizations and NGOs near and far in promoting awareness and raising funds to fight for our public lands. I am so heartened that our concerned citizens want to flood their congressional delegations with pro-environmental messages and visuals. While myself and like-minded individuals will never cease in exploring new ways to bring attention to these vital causes, many products and memberships already exist that will both provide donations to the organization of your choice and also serve as a signal to your representative.

Pomegranate has a gorgeous line of Sierra Club cards.

The Nature Conservancy has a Gift Catalog.

The Center for Conservation Biology accepts donations and can be contacted directly to provide gift memberships.

Washington Wild can be contacted directly for a gift membership.

And this is just a small selection of organizations you can support! Click here for a list of many of the organizations I’ve worked with over the years, all of which are worthy of your consideration for support!

However, donations only go so far – and nothing counts as much as your voice. Contacting your members of congress via phone or postal letter (far more effective than emails) and attending town hall meetings or other local events where your representatives are in attendance are the most effective ways to make your voice heard.

Contacting your elected officials is easy – Click here to locate their information.

Thank you to everyone who has reached out to me regarding this critical matter. We will continue to fight for our valuable lands and wildlife!

Before heading off to Cuba a few weeks ago, I shot some aerials over southern Florida. Freshwater issues abound in this state. How do you accommodate an increasing and thirsty population and a thriving and powerful agricultural industry while protecting water quality and the fragile ecosystem of the Everglades, as well as other increasingly endangered wild areas of the state?

Art is just returning from a quick trip to the Galapagos Islands. He was really looking forward to getting great images of the Marine iguanas- which it appears was a success! Also some images of the rich landscape as well as the enormous Galapagos tortoise.

Salute to the Sound 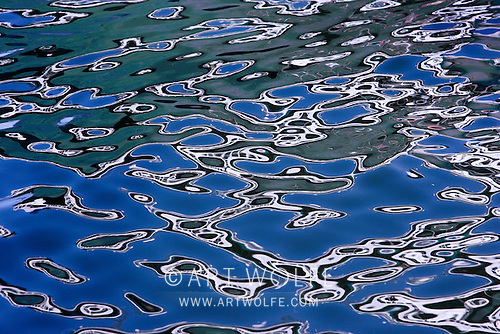 Join Puget Soundkeeper Alliance at their 10th Annual Gala and Auction featuring “Voices from the Sound ” on October 17, 2013. Experience individual and unique perspectives from those most familiar with our waterways as you enjoy a special evening of some of the very best Northwest seafood served family-style right at your table. Dinner will include outstanding fresh local shellfish from Taylor Shellfish and delicious seafood and vegetarian fare by Bacchus & Arianna Catering.

Check out the amazing live auction items you could bid on!