Audio, Travels To The EdgeTravels to the Edge Music, AustraliaArt Wolfe

These spectacular paintings of the powerful Wondjina were created 5000 years ago. The figures are life size or even larger and are cloud and rain spirits, the arcs of color around their heads depict lightning, clouds, and rain.

The Kimberley cruise workshop with PODAS was a great success. The limestone river gorges are spectacular and make for mind-bending reflections. One highlight was a helicopter ride to photograph estuarine abstracts.

This Workshop has just been announced by PhaseOne for their PODAS (PhaseOne Digital Artists Series) Workshops. This Tour promises to be the The Ultimate Luxury Photography Cruise.

We travel aboard the True North and have unparalleled access to the incredible landscape of this Paradise on Earth.

Instructors for this tour are Art Wolfe, Michael Reichmann and Christian Fletcher.

>>REGISTER
Don’t hesitate. Follow the link and book your spot on this cruise to The Kimberleys today. 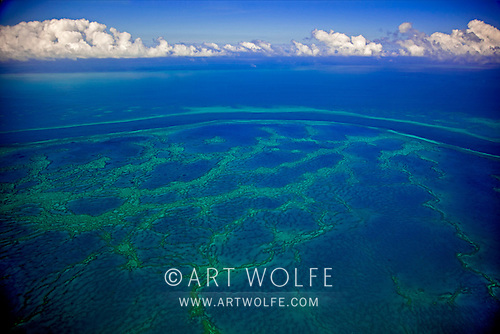 Australia’s Great Barrier Reef is one of the world’s great natural wonders & now it is going to be part of the largest marine park encompassing 1.2 million sq miles of ocean surrounding the continent. In this age of economic peril, it is such good news to hear of a preservation of our planet of this proportion.

There are a ton of articles out there on it. Here are a few links to follow:

The official Government site on this Marine region:
http://www.gbrmpa.gov.au/#right-aside

The Daily Mail article has a map.
http://www.dailymail.co.uk 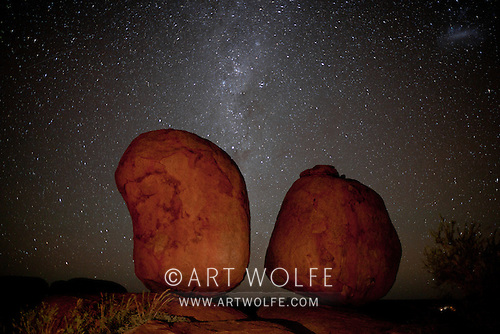 One of his favorite locations, Art has revisited Devils’s Marbles south of Tennant Creek. It’s famous for the gigantic granite boulders arrayed across a the flat landscape. 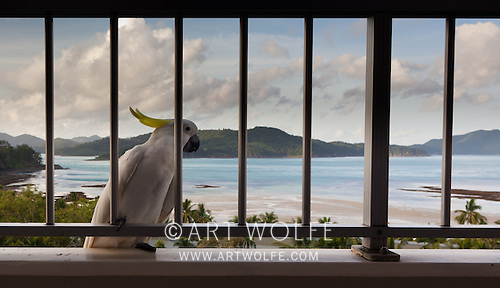 After working with a private photo group on gorgeous Hamilton Island off the coast of Queensland, Art took to the skies to photograph the Great Barrier Reef.

Art is currently on a workshop tour across Australia. There is still time to sign up for Art’s lectures and workshops. Melbourne, March 23 & 24 and Perth March 30 & 31.

CLICK HERE for more info on Australia workshops and tours

Australian businessman-turned-photographer Denis Glennon traveled to China with Art in April and his observations have been published in Better Digital Camera Magazine. More exciting yet, Denis & Art are planning a comprehensive seminar & workshop series in Australia & South Africa for March/April 2012. Details will be posted as soon as they are finalized.