Earth Is My Witness Exhibit in Tokyo Earth Is My Witness is making its debut as an exhibit at the Konica Minolta Gallery in Tokyo. 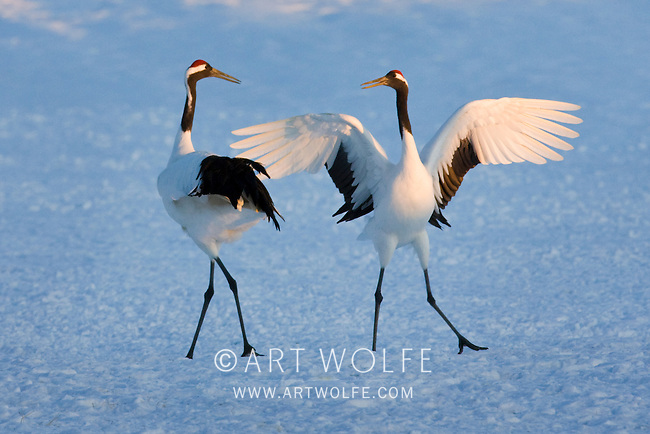 I haven’t really talked about my new website since it is still a work in progress, but one of the things I really like about it is the Showcase page. In particular, we just put up a new showcase featuring prints available from Earth Is My Witness. In case you missed it, here is my Fall Newsletter.

Art book publisher extraordinaire (Johsel Namkung – A Retrospective) and photographer Dick Busher is having a small show of his personal images at the Sand Point Grill in Seattle’s Laurelhurst neighborhood. The prints will be on display during August and September.

This will be his first show of personal work in many years, a “coming out again” event, so to speak, now that he is retired from the world of commercial photography.

The images are nature/landscape in genre, mostly close ups. The sizes range from 20 x 16 to 44 x 55 inches. Digital inkjet prints made from scans of 4 x 5 inch color transparencies.

The Sand Point Grill is a wonderful restaurant. The Bartlesons are the owners/chefs. He does the entrees, and she does the deserts. They also have a full bar. Hours are 5 – 10pm, Monday to Sunday. The food is fantastic. The address is 5412 Sand Point Way NE, about a mile NE from Children’s Hospital.

Rotella Gallery is pleased to announce the newest addition to their “Open Edition Collection”. The image is appropriately entitled “Happy Go Lucky” and is available in three size options. 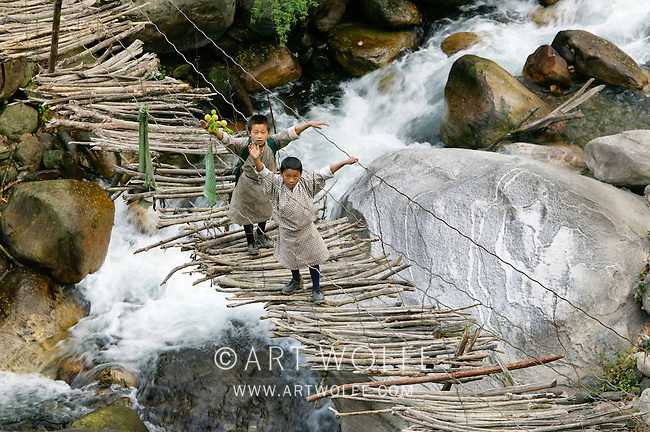 It conveys the beauty and innocence of children around the world, and is a perfect compliment to “Enlightenment”.

Totemic Masks of the Sepik

The Rotella Gallery has created a spectacular new print featuring five traditional masks I photographed while filming for a new Australian television special.

The people of the Sepik River produce some of the most extraordinary totemic carvings and paintings in the world. These are the material symbols of a highly developed religious world of ideas. Paramount to these ideas is their relationship to their environment.  Perhaps the most dramatic totem or symbol is the crocodile, which rose from the floodwaters to create land, then disappeared back into the flood.  This is a reptilian lord of life on land and water, whose spirit remains protective and thus is carved on masks and shields, which are worn in clan celebrations. 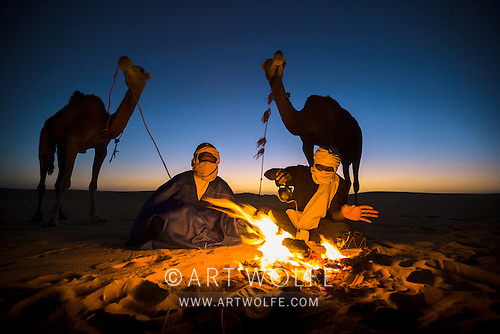 The Power of the Image Exhibit is now in full swing at Beijing’s Temple of Heaven. It is on view April 25th – May 31st.

The exhibition feature more than 200 works by 20 internationally-renowned professional photographers, including Art Wolfe.

For information on the photographers included in the exhibit and a schedule of activities, please visit www.poweroftheimage.com

On the Brink Exhibit at the G2 Gallery

Celebrate Earth Day by viewing the new exhibit at the G2 Gallery in Venice, California

Organized and developed by the Beijing Fuhai Culture Company, Kodak Alaris and supported by the Tencent Website, the “Power of the Image” is hosted by the China Public Relation Association, George Eastman House, and the Beijing Municipal Administration Center of Parks, Beijing Association of Parks. The multi-faceted program includes the exhibition at the Temple of Heaven from April 25 to May 31 and a host of events, seminars and panel discussions on April 26 – 28, including the April 25 opening and awards ceremony; exhibition of the Life Story of George Eastman; the exhibition “Photography Changed the World”, featuring photographs from the world renowned photography collection at George Eastman House; dialogues with “Power of The Image Award” photographers; and the Workshop of Photographic Preservation and Digital Processing.

“It is a great honor for me to hold this international photographic activity,” said Mr. Cao Jian, chairman of the Beijing Fuhai Culture Company. “As a Chinese who has had the benefit of being involved in the imaging industry for 20 years, I hope to help expose more people to the power of photography as captured by this extraordinary group of professional photography legends and the importance of their images. The birth of photography had a revolutionary effect on the development of world civilization. The unique aspect of photography lies in capturing a glimpse of the real world we live in and recording the truths of that reality. It is my hope that by joining with George Eastman House, Kodak Alaris and the esteemed photographers in the “Power of the Image” project, we will help develop a deeper understanding about photography and photographers who are part of the project.”

Bruce Barnes, director of George Eastman House, said, “We hope to have a continuing partnership with China during this time of tremendous change in the photographic industry. Through traveling exhibitions and international programs, we o fulfill the mission of our museum, which is in part to promote access to and understanding of photography throughout the world. We aim to recognize contemporary artists through exhibitions, awards, and exchanges, and this partnership offers a platform for cultural organizations, photographers, and the public to share the power of photography.”

Images have been used to record and inspire human development; they will continue to have a far-reaching effect on the past, present and future. The award-winning images in the Power of the Image reinforce world peace, the advancement of human civilization, the protection of our environment, and uniquely highlight photography as a way of expression.