My two workshops on the Olympic Peninsula went off without a hitch. We got some good results in the Quinault rain forest working with the team from Leica. On the second workshop we got absolutely poured on in the Hoh, but that’s why it looks the way it does! Everyone was in great spirits and learned to photograph while holding umbrellas. Then in cleared and the weather gods treated us to a gorgeous afternoon on the Olympic National Park beaches. 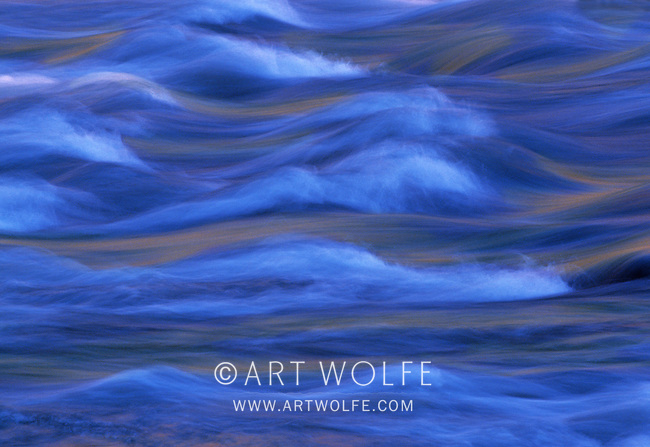 For those who have been looking for a different, more intimate and intensive Olympic Peninsula experience—look no further! This photography retreat is designed with the avid photographer in mind who is looking to further develop and explore their talent.

Accommodations are in the luxurious and historic Lake Quinault Lodge and are included in the package.

Be a part of a small group photographing together for five days in the cathedral-like Quinault Rainforest and surrounding Olympic Peninsula locations! This is a great opportunity to spend time with one of the world’s foremost photographers in one of his favorite locations.

A Touch of Twilight

In early August, five photographers gathered in western Washington for a journey into the wild landscapes of Olympic National Park. Not so unusual… except for the way we met.

We met each other through Art Wolfe’s Facebook page.

When Brigitte Lucke (from Mallorca, Spain) announced she was coming to Seattle in early August, Emily M. Wilson, Victoria Hobbs Braden, Carol Ann Morris (that’s me) (all from western Washington), and Kathy Pfeifer Hansen (from Oregon) were quickly on-board to grab gear and go shoot. A cabin (The “Twilight Eclipse”) was found in Forks, Washington, and the trip was set. Olympic National Park gave us cascading waterfalls (Marymere and Sol Duc), zen-like landscapes (Cape Flattery), beach sunsets (Rialto), and silhouettes and sand formations (Ruby Beach). Add in bald eagles, turkey vultures, cedar waxwings, and it became an extraordinary adventure! Then we were off to Hurricane Ridge (at 4am) for a blazing sunrise and dramatic moonset (the views of each just 500 feet apart). Next was Obstruction Point, where we spotted a sunning marmot, and a cautious ptarmigan with her flock.

We ended our journey in Seattle, at Emily’s home. The super moon, houseboats, a paddle-boarder that somersaulted for our cameras, a Lebanese toddler, flying kites, Tibetan monks, Korean girls, Seattle at night, a lightening storm, visiting Art at his home… it was all one big grand photo op. We felt as if we’d known each other for months, not just the seven days since Brigitte first stepped off the train in Seattle.

A big heart-felt thanks from all of us, Art. Because of you, we connected.

This has become a wonderful circle of friends because of Art. I am so fortunate to have met Art last October and to go outside my comfort zone in an effort to meet the others. I have not only learned a great deal in the last 10 months, but have gained so many friends. I feel blessed.

The workshops I lead in the Olympic National Park always seem to bring out the best in everyone at all skill levels. The late summer fires in Washington make for breathtaking sunrises and sunsets. But it’s always the details that are the most interesting: backlit seaweed clinging to rocks battered by the surf.

We’ll be posting a gallery of workshop participants’ photos soon so watch for it!

This Saturday is the grand re-opening of the beautiful Elwha River on the Olympic Peninsula in Washington.

On Location – The Latest Imagery From Art

This past weekend I made a trip to the Olympic Peninsula and stopped at one of my favorite locations, Olympic National Park’s Lake Crescent.

Even in the rain forest fall colors are evident now.  The brilliant yellows of the maples contrast with the marine blue of the lake and the bright greens of the moss and ferns.