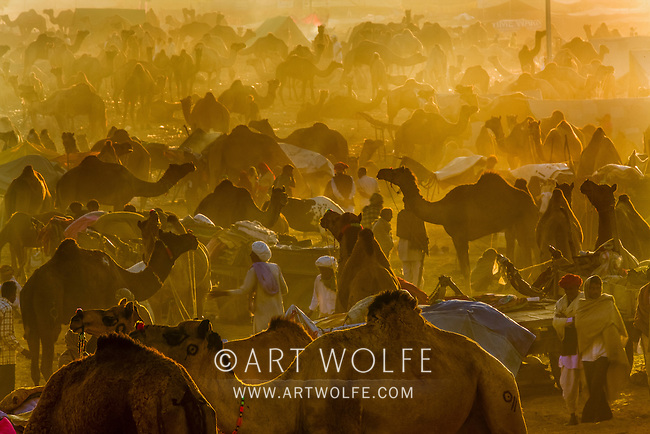 Now is the time of year for the Pushkar Camel Fair and here is a look back when I was filming there for my TV show Travels to the Edge. I did an audio postcard for PRI’s The World, which they used as an answer to the Geo Quiz.

A few of the images from that trip are featured in Earth Is My Witness.

Travels to the Edge November Airing

Art Wolfe’s Travels to the Edge continues to be aired on public television stations across the USA.

Travels To The EdgeArt Wolfe

Art Wolfe’s Travels to the Edge continues to be aired on public television stations across the USA. We even include information on when it is airing in French and German speaking areas of Europe!

A timeless moment from filming Art Wolfe’s Travels to the Edge:

Also featured on PRI’s The World as a Geo Quiz!

Art Wolfe’s Travels to the Edge is now airing in French- and German-speaking Europe on ARTE.

See the schedule HERE or in German HERE

Show others what you find remarkable in the world & win fabulous prizes for it!

ONE GRAND-PRIZE WINNER will receive:

Art Wolfe’s Travels to the Edge continues to be aired on public television stations across the USA. There are more stations than ever in the Southeast and the Midwest carrying the series! Enjoy!

>>Travels to the Edge Airing Schedule