Earlier this month I was in Myanmar for ten days, leading a photo journey with Gavriel Jecan. It was a pleasure revisiting the gritty markets of Yangon, the temples of Bagan, and the still waters of Inle Lake, perfect for photographing the now-famous fishermen.

Do You Really Need A Reason to Travel to Myanmar In December?

I can certainly provide some!

2.) Escape the holiday madness, and of course the cold weather!

3) Traveling with Art Wolfe and Gavriel Jecan will educate and challenge you, all while being FUN!

4.) Myanmar opened its doors to tourism only a few years ago –  see it through the eyes of a master photographer familiar with the location!

7.) Ancient traditions, long hidden from the outside world.

8.) Witness a people and a country begin to shape their own future before your very eyes!

9.) Did I mention the weather? I will again, because I personally can’t wait to ditch the fall and winter weather for a spectacular sunny break in the east!

10.) And finally – and adventure to south east Asia with yours truly all along the way, because why not? A few spots still remain available to accompany me to Myanmar in December – escape winter for the exotic east! Check here for details! 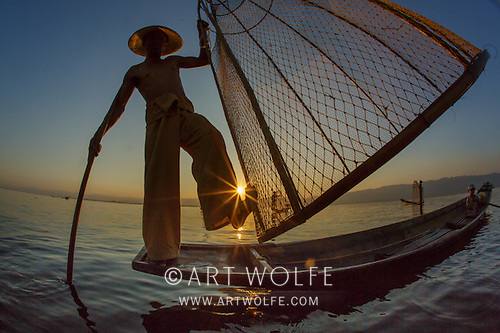 It was a full day of shooting at Myanmar’s broad and shallow Inle Lake. We took full advantage of the amazing light conditions to silhouette the fishermen and their pyramidal nets. We also were able to photograph a few Kayan (or Karen) women, particularly notable because of their elegant brass neck coils.

Street scenes from Marble Street, the markets, and the monks of Mandalay. 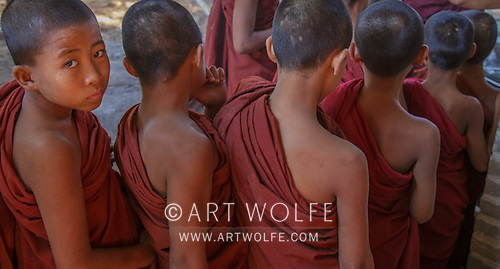 Historic temple area of Bagan, dating from the 9th-14th centuries. 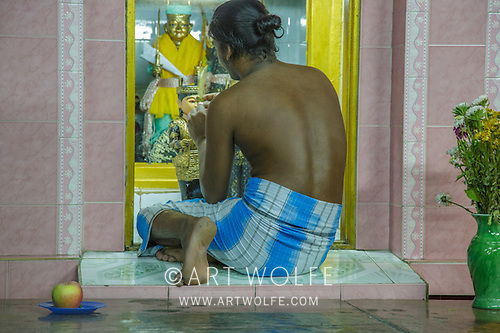 Scenes from everday life of the Burmese at work and worship.

On Location: On to Myanmar 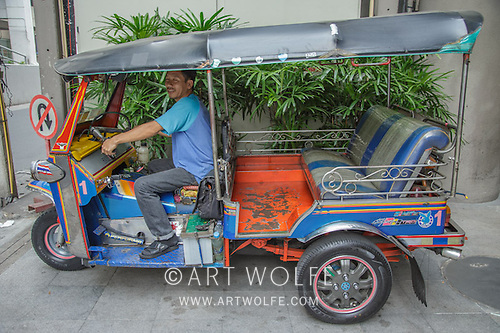 Maynmar’s bustling port city of Yangon is a gritty and fascinating subject: unending lines of laborers offloading commodities, the lines of brightly painted boats ferrying people to & fro, the smell of sweat and frying foods. It is a very visceral experience.

Two destinations on the brink of change

If you are considering some international travel in 2013 allow me to share with you two of my favorite destinations that will not be the same for very much longer.

During the final weeks of 2012 I traveled to Cuba with a good friend to explore the streets and culture one last time before the inevitable wave of change crashes over this isolated island culture.

Cuba has been largely cut off from the rest of the world due to a US imposed embargo enacted in October 1960 (el bloqueo) in response to the nationalization of some US citizen and corporate held properties in the country. It has been further reinforced over the years even into the 2000s citing humanitarian reasons for maintaining the embargo. Many of Cuba’s wealthiest families left the country at the time of the original embargo and settled in Florida, this is a powerful state when it comes to US presidential elections and their influence has been cited as being largely responsible for maintaining the embargo.

So essentially you have a culture and a country that has been largely frozen in time. If you owned an American made car in Cuba, you purchased it in the 1950s. If you are still driving a car today it’s because you have managed to keep that old Chevy running over 50 years later. You don’t see advertising and billboards when you walk down the streets. You won’t find the ever present Starbucks coffee shop on every street corner (2 per corner if you’re from Seattle). The people are beautiful and welcoming and on the precipice of major change.

The headlines are already running; “Time to End the Cuban Embargo”, “Waiting for a new Dawn in Cuba”, “Obama acts to Ease Embargo on Cuba”…. and many others. My previous trip to Cuba cost me an extra 1500 dollars when I returned to the US via Canada but today US citizens can travel to the country with the blessing of the US Government under the “People to People” program. Yes there are a few hoops to jump through and yes it is worth the effort. By going now, before the country is fully opened to US tourism you will have an opportunity to see the “old Cuba”, before the inevitable changes that are to come.

Likewise my second recommendation for your consideration is Myanmar also known as Burma. It is another example of a land with wonderful, beautiful people, rich in culture and history who have been under the thumb of a horrible oppressive government who through horrific human rights violations and oppression have isolated the country from the outside, and again, all that is about to change.

Over the last several years Hillary Clinton has laid the ground work for opening up talks with Myanmar and President Obama has even made a trip to visit the country and like Cuba the headlines are stacking up citing improved relations with the country, greater amounts of trade, and an inevitable watering down of their culture as western influences flood the country.

I will mostly likely make my last trip to Myanmar in January 2013. I, along with Gavriel Jecan, will be leading a small tour to see the beauty and rich culture I have known for years. I would like to keep my memories of their ancient traditions intact. The smoke from the morning fires as people wake up and begin the days cooking their meals over an outdoor fire. I don’t know that I could bear seeing giant golden “M”s sprouting up in the major cities as McDonalds and fast food and internationally recognized symbols of American comfort and conveniences begin to take hold on the landscape.

I have photographs I created in the 1980s when I joined the US Everest expedition via Tibet, photographs you simply can not replicate today due to the sprawl of commercialism and buildings that where once there was an open plain leading to a monastery today you find crowded streets and a thick layer of pollution from the exhaust of motorcycles and cars between you and that same ancient building.

Many of you no doubt have seen the castles in Europe still standing today – surrounded right up to the very castle walls with apartments and shops and restaurants and the ubiquitous modern footprint. Now imagine seeing those edifices frozen in time, standing has they had for millennia, untarnished by “progress” and time.

You can still find the local people in Myanmar fishing on Inle lake as they have for generations balancing at the end of long wooden boats using their curious and traditional netted cones to surround the fish for harvest. The cone is carefully lowered over the schooling fish and then tapped with a stick to excite and tangle the fish in the fine net as they try to escape. Witnessing this first hand is like watching a ballet telling the story of life for these people across time. Photographing the scene will provide you with treasured memories and a glimpse into the past. Such are the scenes throughout Myanmar in the streets, the markets, among the temples and the beautiful people who call the country home.

A hot air balloon provides the idea vantage point to photograph the stupas in Bagan. Between the 11th and 13th centuries, over 10,000 Buddhist temples, pagodas and monasteries were constructed in the Bagan plains and today the remains of roughly 2200 temples and pagodas still stand. Photographing early in the morning not only provides you with the best possible light but the added texture and drama of the smoke from the morning fires serve to enhance the scene.

Change is on the horizon as I have said, we have already seen the hotels we have booked for our tour double in price in just the last several months. While the government has a horrible history of crimes against humanity a change in their government in 2011 shows promise for the people of Myanmar and with that will come improved relations with western nations, increased tourism, trade, investment and a westernization just as I have seen many times before in other countries.

So if you have had an itch to see some foreign lands these are two I recommend seeing first if you wish to see them as they have been, unique in an isolated culture on the precipice of change. As it so happens I have one spot that just freed up on my Myanmar tour in February. Please inquire to info@artwolfe.com. See the details here:
>>ITINERARY (PDF) 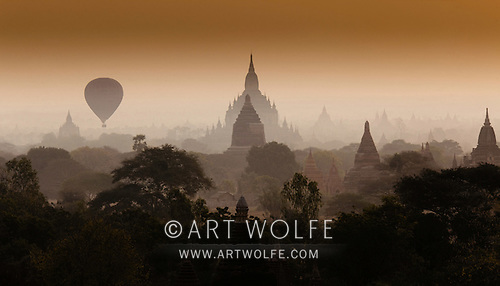 Those who follow me know that I have traveled much of this world. One of the places that I have enjoyed going to most is Myanmar, formerly known as Burma. It has essentially been isolated from the rest of the world for the last 50 years. Despite this I have always been greeted by warm and friendly people.

Myanmar offers unlimited photographic opportunities and it is one of the easiest places to photograph people. The traditional cultures have remained fairly intact throughout the country. Working with guides and assistants with whom I’ve worked before, we will be visit monasteries where we will work with monks. To witness and photograph a Buddhist monk prayer session is an amazing and memorable opportunity.

Myanmar is going to change in a very short time. We’ve seen it start to embrace the outside world. Therefore, I want to lead a small group of people to Myanmar one last time to share the traditional locations I’ve grown to love. It will most likely be my last trip there. I hope you can join us next February, when leaving cold North America and Europe will be a nice break!