Hummingbird Nest in my Yard

Look what I discovered in one of my trees when I was pruning with my friend! 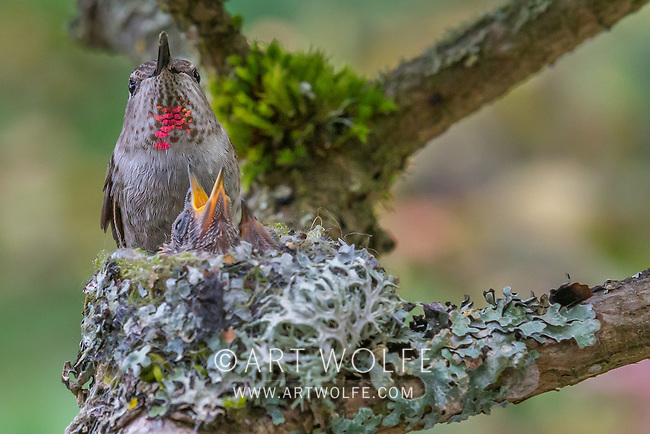 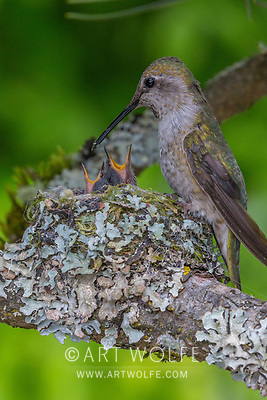 If you create a natural habitat you soon get wild animals to share the space with. I unfortunately left for a trip right after discovering these cute little guys and figured they would fly the nest before my return. I sent requests to several of my friends to go photograph them while I was away. My assistant Libby Pfeiffer made it up there over the weekend and got some nice shots. She reported the mother was vary concerned about her presence, and would only land on the opposite side from her camera. You can see how much they grew in a few short days! Also, I want to mention to those near Seattle, if you want to check out my garden, it will be part of the West Seattle Garden Tour on July 20th. I will be there to greet visitors and sign books.